December 1972 saw the return of Nigel Kneale’s writing to the BBC. After 1968’s eerily prescient The Year of the Sex Olympics (long overdue a re-release) we see Kneale returning to familiar ground with The Stone Tape, a science-fiction ghost story. Thanks in part to its oddly comforting VT-bound nature, and in particular to a script of similar quality, it feels, looking back, a closer bedfellow to Kneale’s 1950s BBC Quatermass serials than that character’s lavish but rather messy revival in 1979 for Euston Films.

We join a group of scientists researching to develop a new recording medium in an aging house, revealed to be hosting a ghostly presence from a dead past. As with other works by Kneale, the tone is set by folklore and ancient gossip from ordinary people who live near the site of the haunting. Chats with pub landlords and delving into church records give us enough anecdotal evidence to brace ourselves for a scare. Then, as before, Kneale leads us into his modern treatment of the ghost story. In the mid-20th century, the rational sceptics who’d before have populated M. R. James stories now have the technology at their disposal to put their own ideas to the test, and explain away the superstitions of the past.

But in spite of its similar responses to the patterns of a ghost story, The Stone Tape’s world is very different to that of Quatermass, namely in the modern Britain is depicts. In its characters, the play shows off much of what’s now disdained about the culture of that era: open racism, rampant sexism, and even more rampant shirts. (I was amused to note that Jill’s (Jane Asher) relationships with the male characters around her correspond pretty much directly to those of Dr Liz Asher in Garth Marenghi’s Darkplace.) Ignorance in 1950s drama was politer; never did it manifest itself so boorishly. Yet this also allows Kneale to craft more interesting personal dramas than before, developing, isolating and attacking his creation’s flaws quite savagely.

The advance of technology helps The Stone Tape find its own place in the pantheon of Kneale’s output as well. Modern drives for technological improvement provide the premise for the entire story, and offer an explanation for the phenomenon of hauntings: the room where the apparitions appear functions as a recorder, preserving an imprint of past events that individuals of the right sensitivity can perceive. It’s an idea not previously considered with much weight, thanks to the lack of vocabulary to articulate it, which only comes when we have developed similar technology ourselves.

Understanding of such phenomena in these modern terms also presents new narrative opportunities. Attempting to crack the problem, Peter (Michael Bryant) inadvertently wipes a layer of data from the ‘tape’. Only then does it become clear that that imprint could itself have been recorded over earlier traumas – and that new recordings can still be made. These distorted older spectres emerge at a sinister climax, brought to life with the economy with which programmes of the era continue to impress. (Special mention must be given to Desmond Briscoe and the BBC Radiophonic Workshop, whose sparse, bleakly dissonant sound design never fails to unsettle.)

The stone tape becomes an unending trap for those who find it – either for those caught in its impressions upon their death, or for those left behind, witnessing friends experiencing their final movements in perpetuity. As in the more traditional ghost stories the rational sceptic is left with no comfort, his views shaken. That is, if we take Peter to be the rational figurehead of the piece, which may be ill-advised. Jill is just as curious about the ghost, which she has discovered, and is equally keen to understand, even to help it. Peter is increasingly obsessive as the play proceeds, and his disturbance of the site helps bring about the destructive climax endemic to plenty of ghosts stories. But this isn’t a result of his curiosity – he’s under financial pressure from his bosses, and the threat of competition from other men.

In this way, The Stone Tape provides not just an interesting adjustment of the archetypal characters of classic ghost stories, but also a strong attack on the chauvinism of its time. Peter’s boorish behaviour is the most destructive force in the programme – he pushes his team to breaking point, largely composed, incidentally, of more reasonable and ultimately more fragile men. That they end up coming across as more sympathetic than Peter when they’ve spent most of the play thus far laughing about ‘the Japs’ is no mean feat. Peter bullies his team for the sake of competing with other men, and he similarly casts Jill aside both personally and professionally – as he had previously done with others for her sake. It’s this mistreatment that all adds up to contribute to the climactic danger Jill finds herself in at the play’s close.

We’re left, then, with an inversion of the endings we often saw in the 1950s Quatermass serials. These are soberly hopeful affairs, where knowledge and human ambition work side by side and are vindicated as such. In The Stone Tape, they pitted against one another, with the disastrous consequences that Professor Quatermass is normally able to prevent. Here, we have the kind of dire ending we might have had if the problems of Quatermass and the Pit had been left purely for the military to handle. Knowledge is shunned, the man we thought might have been our rational pilot shows himself up as a bore, and he is left isolated, with no hope of ever finding a solution to the calamity he has enabled. 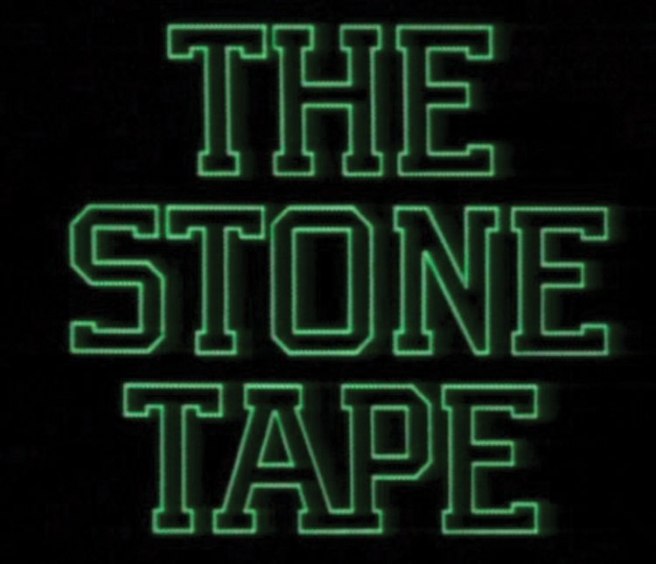